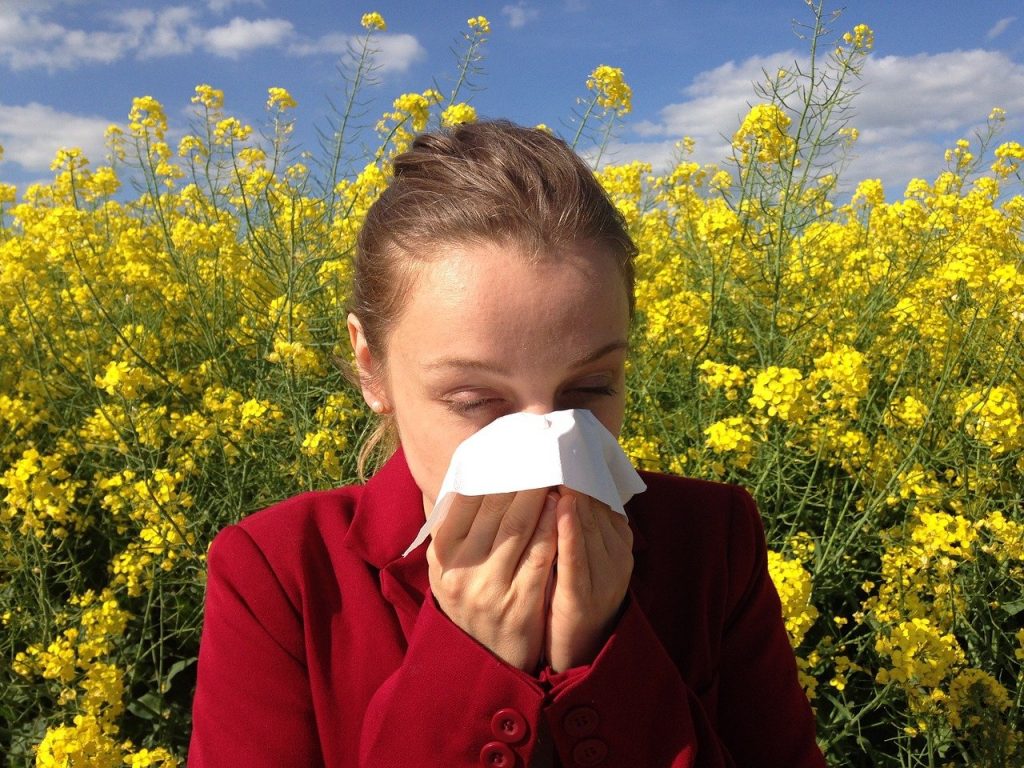 Why Hay Fever Is Worse At Night (And How To Manage It!)

For those of us who suffer with hay fever, the site of a warm sunny day in June can bring a sense of dread rather than a feeling of joy. Itchy eyes, blocked sinuses and constant sneezing are neither fun nor attractive. You may have also noticed that, having made it through the day (and several packets of tissues), your hay fever symptoms seem to worsen at night. Here we take a look at why hay fever is worse at night (and how to manage it!).

When the weather is warm, we tend to open the windows to allow heat to escape the house and also to allow the fresh summer breeze in. However, the fresh summer breeze brings with it the pollen that causes hay fever. When the windows are shut in the evening, the pollen is left trapped inside the house and is present in the air that is being breathed in. Of course, keeping the windows closed is one option, but that can make it feel like you are being trapped by your hay fever. Another option is to limit the opening of windows by just opening the smaller windows in the house. Seeing as it is impossible to prevent pollen from entering the house – even through a small window – it is best to act to treat the symptoms of hay fever whilst at the same time trying to prevent its occurrence. In order to do this you can buy Fexofenadine; a quick and easy hay fever treatment that will offer relief from the common symptoms of hay fever.

Hay fever works to inflame and irritate the throat and nasal passages. For this reason, it can often feel worse due to sleeping position. One of the key factors in clear and effective breathing is making sure that there is a wide and open passage between the nose and throat. When we lie flat, the passage from the nose to the throat closes – to prevent choking – and in turn, this makes it more difficult to breathe through the nose as we sleep. Add this to an irritated and blocked nose, and sleeping flat on your back whilst suffering from hay fever is a recipe for a sleepless night. Adding an extra pillow behind your head will help to push your neck and head forward, and encourage your airways to open. This will make it easier for you to breath and also prevent further nasal build up.

Many hay fever relief medications contain antihistamine, and it is this that works to lessen inflammation and irritation. However, alcohol is a source of histamine, so a glass of wine or a gin and tonic in the evening is going to do little to help you when it comes to relieving your symptoms and getting a good night of sleep. Additionally, alcohol also has inflammatory properties, and this can lead to increased blockage of the airways and result in irritation in the nose. You should also be aware that many fizzy drinks also contain histamines – although not in the same same concentration as is found in alcohol.