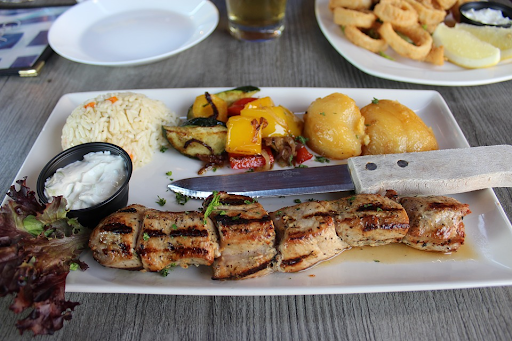 10 Foods You Have to Try in New York

New York is known for a variety of things such as the fast-paced life of New York City and the natural beauty of Upstate New York and the Finger Lakes. However, one thing that many people don’t realize about the Empire State is that it is actually home to a variety of amazing foods.

Some of these foods originated in the city and are synonymous with the Big Apple, while others originated in less populated areas of the state. However, no matter what their origin is, there’s no denying that New York food is delicious. So if you just moved into a New York apartment and are looking for some foods to try, where should you look?

Here are ten foods that only New York does right.

Originating in the Binghamton, New York area, chicken spiedies is meat that has been marinated for days and grilled on a skewer. Traditionally, spiedies are served on a sandwich roll with extra sauce and vegetables to top it off. The unique shape and a large amount of flavor in spiedies have made them an extremely popular food in several areas of New York. In fact, an annual festival is even held every year to celebrate the food.

Almost everybody has heard about the debate between New York and Chicago-style pizza. Typically New York-style pizza is characterized by a hand-tossed thin crust. With a New York-style pizza, it should be pliable enough to fold in half toppings and all. Even if this style of pizza isn’t your favorite, you absolutely have to check out some New York pizza while in town.

Katz’s Deli is a very well-known spot in New York City, and the location’s signature dish is the pastrami sandwich. Pastrami is beef that has been brined, seasoned, and smoked, giving the sandwich a flavorful base. The meat is then topped with mustard and sour pickle before being placed between two slices of rye bread. The pastrami sandwich is a classic New York dish that you definitely should check out.

Bagels are an extremely popular food that you can find just about anywhere, but there’s no better place to buy a bagel than the city that claims to have popularized the food. Jewish immigrants in New York City brought bagels with them when they came to America, and the food caught on quickly. There are many bagel shops in New York City, so you have a wide variety of great eateries to choose from.

A Coney Island hot dog is about as New York as you can get, so you absolutely have to get one when you visit the city. A Coney dog is defined as a hot dog topped with savory meat sauce in a bun. Although they didn’t originate in Coney Island, Nathan’s popularized the food selling them on the Coney Island Boardwalk. The hot dogs became so popular that Coney Island eventually became the food’s namesake.

Cheesecake is an extremely popular dish around the country, but New Yorkers claim that they do it best. The cheesecake was actually invented in Chest, New York, so it’s no wonder why locals have so much pride over the dish. New York cheesecake is known to be extremely dense and creamy, serving as an amazing after-dinner dessert option.

Cronuts are a unique type of food, combining a donut with a croissant. The dish’s origin is credited to a New York pastry chef in 2013 and quickly gained popularity. A cronut is characterized by a donut shell made like a croissant, and usually has filling inside and icing on top. If you’re looking for quality pastries or a nice dessert, definitely check out some New York cronuts.

Chopped cheese is a type of sandwich that originated in New York City, typically found in bodegas, delis, and other small stores. Similar to a cheesesteak, a chopped cheese sandwich contains ground beef and onion and is finished with melted cheese and other toppings.

Egg Cream is a dish that originated in New York City, and many New Yorkers enjoy it. Egg Cream is a beverage that consists of milk, carbonated water, and flavored syrup, but actually does not contain any egg or cream. Many New York shops and restaurants sell egg cream, offering a unique beverage to wash other New York foods down with.