If you do not have time to make it to the gym and have limited space, resistance bands can come in handy! Not only are they affordable and highly portable, but they also allow you to target every muscle group without the need for bulky machines or heavy free weights.

To help you keep your arms toned and sculpted, we will go over six resistance band exercises you can do for your arms at home. These quick exercises will have you feeling the burn in your triceps, biceps, and forearms!

For the best results, perform each of the following exercises in three sets of between 8 and 12 reps.

As the name suggests, this simple resistance band exercise primarily targets your biceps, but you should also feel a slight burn in your forearms during the final reps. 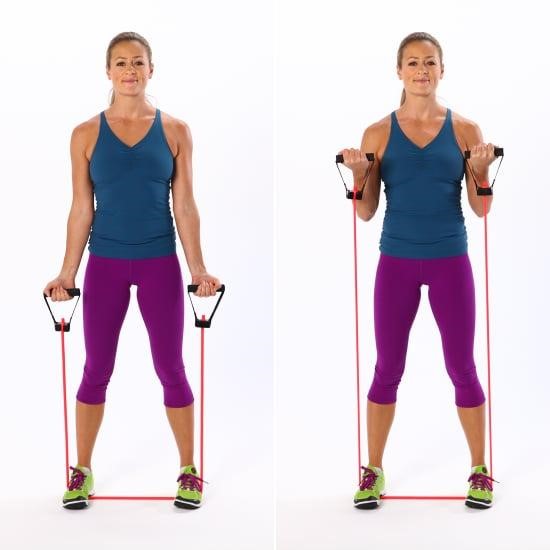 The band should stretch each time you pull it upwards, and resistance should be at its strongest point when your arms are near your shoulders. Perform the motion between 8 and 12 times.

Always be sure to raise and lower the band slowly and in a controlled way. If you find you need more tension, you can spread your feet further apart.

Tricep kickbacks allow you to focus on the large tricep muscles located on the backs of your upper arms. 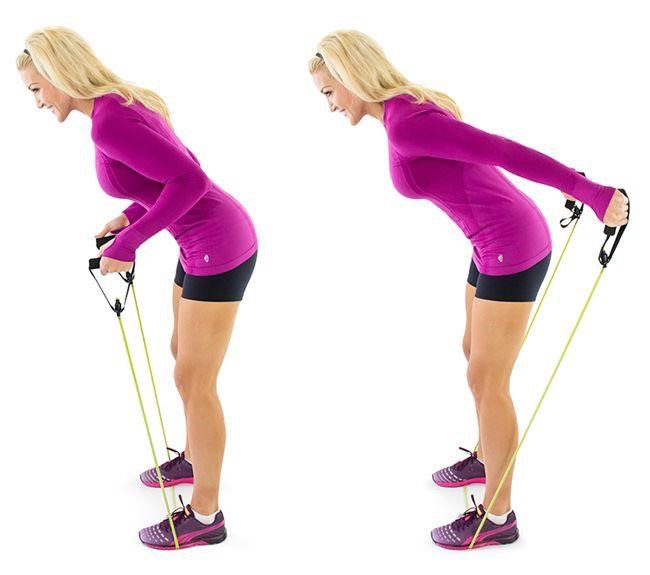 This resistance band workout is similar to a kickback, but it allows you to focus on the triceps of each arm individually.

This exercise allows you to work on your biceps while simultaneously giving your forearms a good workout.

This simple movement allows you to work both triceps simultaneously while also activating your shoulders and upper back. 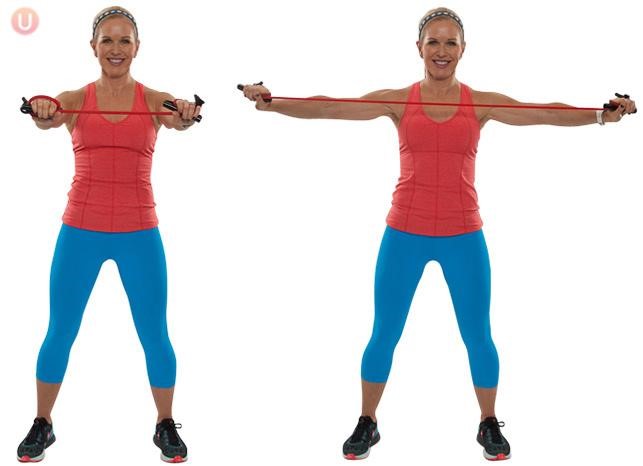 Here is another quick and easy standing exercise, which allows you to work your triceps, as well as your pectoral muscles and shoulders.

While any high-quality resistance band will work, we recommend this GREENTREEN – Resistance Band Set.

It comes with five premium bands in color-coded tension levels, as well as a door anchor, two soft-grip handles, two ankle straps, and a carrying bag. Best of all, the set is available at an affordable price!

Remember, no matter what type of exercise you are doing, the form should always be one of your main focuses. Squeeze the muscle you are focussing on with each rep and make sure you return the band to its original position in a slow and controlled way.

By following the six exercises listed above, you will be able to tone and build your arm muscles from the comfort of your own home!